Worrying for the world to equip the three forces with powerf… 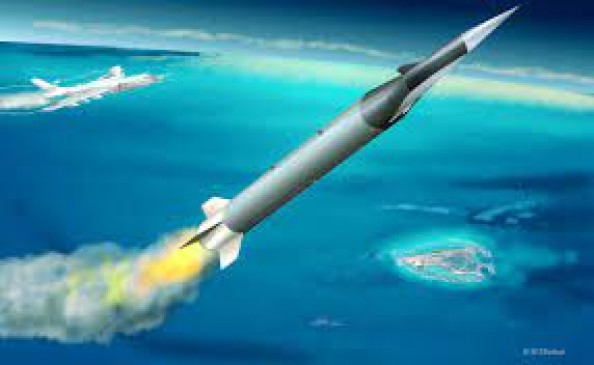 Digital Desk, New Delhi. The Chinese military is developing new missiles that can carry multiple nuclear warheads at once. Not only this, China is making hundreds of missiles to hide these missiles. In the year 2020, China alone has tested 250 missiles. This is more than the total missile test conducted in the whole world. China currently has 200 surveillance radars in space, which are scouring the earth. Two years ago their number was only 120. China is now working on such a technology that it will counter-attack before American or Indian missiles reach

Not only this, to compete with America and India, China’s intention is to make 1000 nuclear bombs by 2030. According to the report of the British newspaper Financial Times, China’s making of super-destructive weapons is going to be the biggest geopolitical power change in the world so far. America’s concerns have increased significantly due to this change in China’s balance of power. China currently has around 300 nuclear bombs and wants to make it 1000 by 2030.

The Chinese dragon has geared up to rule the world. In order to establish its sovereignty around the world, China has started equipping its army, air force and navy with all three weapons of destruction. China is the first country in the world to test launch a hypersonic missile from space. Now a recent report has revealed that in the year 2020, China has tested 250 missiles. This is more than the total missile tests conducted in the whole world.

China has surprised the whole world by making fighter aircraft, bomber, submarine, warship. China’s navy has become the largest in the world. In the midst of all this, the dramatic change in China’s nuclear weapons strategy due to hypersonic missile tests and 1,000 nuclear bombs has become a matter of concern. Now America is facing two serious questions. Will China’s increasingly aggressive stance change the balance of power in East Asia?

The second question is, can this help China neutralize the threat posed by American nuclear bombs and win over Taiwan? Earlier, US top military official General Mark Milley had termed China’s missile test from space as a ‘Sputnik opportunity’. His reference was to the Soviet Union launching a satellite into space for the first time in the year 1957. “We are witnessing the biggest change ever in the world of geostrategic power,” Mark Milley said in a recent interview with the Financial Times.