The agitating farmers were lured by crores to hoist the Khal… 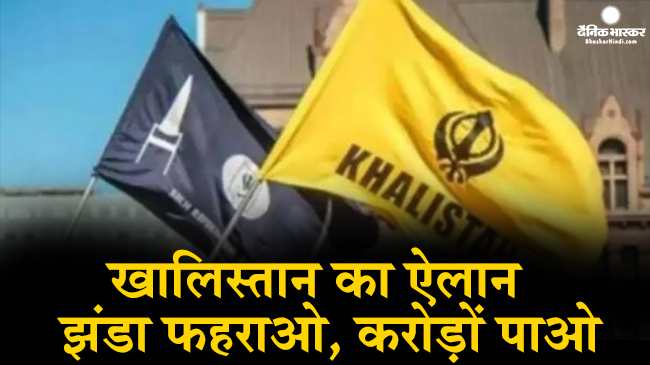 Digital Desk, New Delhi. The leaders of Khalistani organization Sikh for Justice have lured the agitating farmers to hoist the Khalistani flag in Parliament. Let us tell you that Khalistani organization keeps on carrying out anti-India activities from time to time. This time also he is not deterring from his activities. Organizations are doing such an act to create an atmosphere in their favor before the United Nations Human Rights Day to be held in Geneva on 10 December.

In a video message released from Geneva, Sikh for Justice Councilor Gurpatwant Singh Pannu has said that when Bhagat Singh bombed the Parliament during India’s freedom campaign, we were only asking farmers to raise the flag of Khalistan for Punjab’s independence. saying for.

The leaders of the organization have lured them to carry out anti-national activities by gheraoing the Parliament on the beginning of the winter session after PM Narendra Modi announced the repeal of all three controversial agricultural laws. The organization has called upon some farmer leaders standing on the borders of Delhi, the capital of India, to take out a Deg-Teg Fateh rally.

This organization, which carries out activities like terrorists, has made a greedy offer of 125,000 US dollars, or about one crore rupees, for hoisting the Khalistan flag in the Indian Parliament on 29 November 2021.

On the other hand, the United Kisan Morcha has written an open letter to Prime Minister Narendra Modi, laying down six conditions for carrying forward the talks between the government and farmers that have been closed for several months.