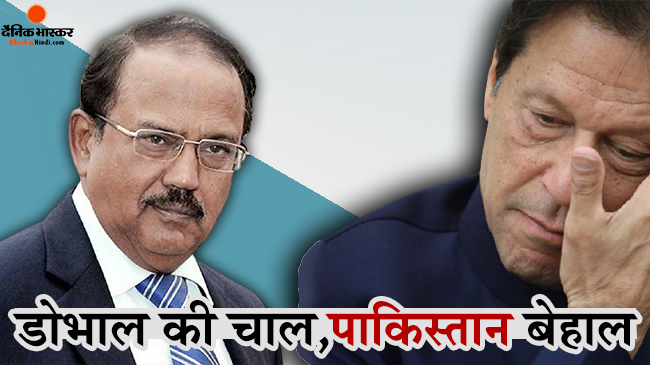 Digital Desk, New Delhi. Just a day after the NSA meeting held in Delhi under the chairmanship of National Security Advisor Ajit Doval regarding Afghanistan, meetings started in Pakistan today as well. It is being told that representatives of Taliban are also expected to attend this meeting. Even though Pakistan did not attend the meeting in India because it considers the Taliban more friendly. But the Taliban seem happy with the declarations that have been prepared in the meeting under the leadership of Doval. The Taliban spokesman, stating his desire, said that the reforms that the Taliban want in Afghanistan were determined in the meeting of India. This happiness of Taliban towards India is making Pakistan jealous. Pakistan does not like Taliban’s praise towards India. It can be understood from this that Doval is not called the Lion of India.

NSAs from Iran, Russia, Kazakhstan, Kyrgyzstan, Tajikistan, Turkmenistan and Uzbekistan attended the meeting chaired by NSA Ajit Doval. India had also sent invitations to China and Pakistan for this meeting but both the countries refused to attend the meeting. On this, Suhail Shaheen said that it depends on a country to decide its stand. You can ask Pakistan about this.

After the meeting of the eight countries in New Delhi, a 12-point declaration named Delhi Declaration on Afghanistan was also released. All the countries involved in the meeting agreed that Afghanistan’s land will not be used for any kind of nutrition, training, planning or financial aid to terrorism.

Taliban spokesman Suhail Shaheen, while talking to a private channel News 18, said that the Taliban sees the NSA meeting in India as a positive development and hopes that it will help in improving the situation in Afghanistan soon. With the meeting of NSA Chief Doval with security advisers of eight countries, the Taliban have now expressed hope that the meeting in New Delhi will help in bringing peace and stability in the region. Suhail Shaheen said that the Taliban supports any initiative that helps in bringing peace and stability to their country, creates employment opportunities for citizens and helps in eradicating poverty from the country. As far as the government and people of Afghanistan are concerned, we want to resume economic activities with peace and stability.