Taliban capture relief and breath of life for many villages … 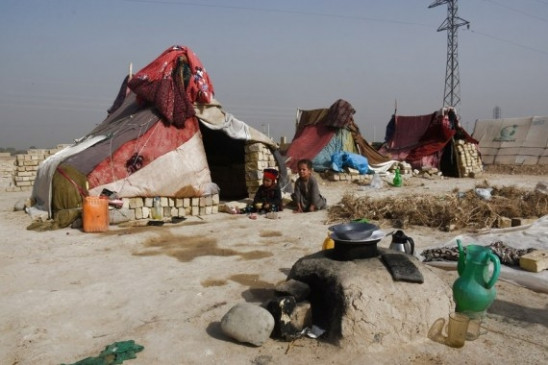 Digital Desk, Kabul. The Taliban in Afghanistan has brought with it a different set of rules and way of life for the local people, which is being questioned and criticized globally. The harsh history of the previous Taliban regime, women’s rights, basic rights of citizens and the use of Afghan soil for terrorism are some of the points of serious concern, which have prevented any country from officially recognizing the Taliban regime.
The Taliban rule in Afghanistan has changed the future of the country’s citizens. The new testament has come as a sigh of relief and hope of life for hundreds of villagers who have suffered airstrikes, gun battles and funerals. The Taliban rule brought positivity to these villagers, especially the urban middle class, as their arrival ended airstrikes and gun battles that had been known as frontline fighting points in the past.

In Dastan, a remote farming village in the north of Balkh province, residents did not see international aid, workers or dignitaries coming to their aid. However, the village has certainly seen gun battles, air strikes, corruption and loss of lives of loved ones. For them, with the Taliban taking over, this problem seems to be going away for the time being.

An elderly Maki from Dastan said, I will give everything to the Taliban. Now there is no sound of firing. The war is over and we are happy with the Taliban. Hajifat Khan, another village elder, celebrates the Taliban’s victory by placing colorful flags and trinkets on the graves of Taliban fighters who died fighting Dastan in the past.

He said the men and women of this village are Taliban supporters. Now I am satisfied. There are no infidels now. He said that Dastan used to be a thriving community. Mohammad Nasir, a young resident of Dastan village said, “I wanted peace. I grew up watching the war against me. I have seen the funeral. I have heard and seen deadly airstrikes. At least now, we know that we have to fight against poverty. At least no one is coming to kill us. I am glad that the Taliban have taken over.