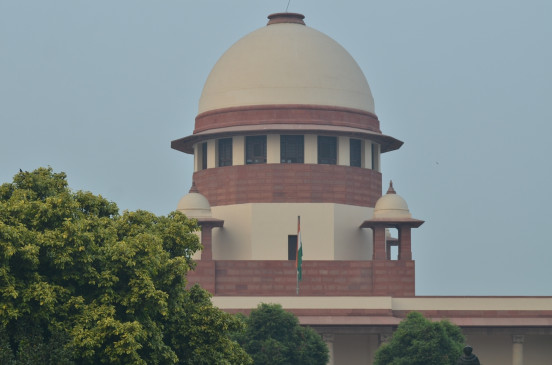 Digital Desk, New Delhi. The Supreme Court on Friday set aside the Bombay High Court order directing the National Testing Agency (NTA) to conduct re-examination for two National Eligibility cum Entrance Test (NEET) candidates. While setting aside the order, the top court said, “We are sympathetic, but cannot order re-examination.” It is claimed that the test booklet and OMR sheet of the students got mixed up due to the negligence of the invigilators. Solicitor General Tushar Mehta, appearing for NTA, submitted that the answers of the students would be matched with the correct question booklets and said that if instructions are provided to conduct NEET UG re-examination, it will become a pattern.

The Center told the top court that every year students would come forward and demand re-examination for one or the other mistake. The counsel appearing for the students argued that they lost their precious time due to mistake during the examination and they could not answer all the questions. However, Justice L. Nageswara Rao and Justice B.R. Gavai said the court is sympathetic to the students and fully understands their plight, but cannot order re-examination for them. In fact, the Bombay High Court had directed to conduct the NEET UG 2021 exam again for two medical candidates. The Central Government had moved the Supreme Court to stay this order.

The NTA had moved the apex court stating that the result is getting delayed due to the High Court order. The top court had said, we cannot stop the results of 16 lakh students. The bench said that Solicitor General Tushar Mehta, representing the central government, has said that whatever confusion prevails, it will be corrected. You are talking about your clients but not considering the lakhs of students who are waiting for the results, the bench told the counsel for the petitioner.