Report says Forcibly missing cases are not being settled in … 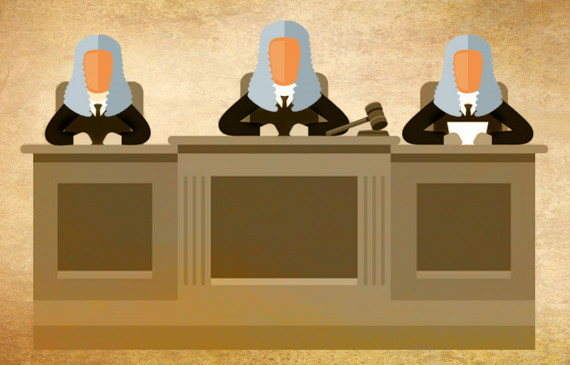 digital desk, New Delhi. Families of missing people in Pakistan have reported that their efforts to force the authorities to bring back their loved ones through the courts have been unsuccessful.

This has been claimed in a report by Amnesty International.

The report said that although the cases have been registered as far back as the mid-1980s, the practice has been regularly used by Pakistan’s intelligence services since the inception of the so-called War on Terror in 2001, with human rights defenders, political activists etc. , students and journalists, with the fate of hundreds of victims still unknown.

According to the report, Ali Imtiaz said that when summoned by the court, none of the intelligence agencies or officials appeared in the court.

In such cases, even when the officers appeared before the court, they did not answer their questions to the families.

Sammy Baloch told that when the officers appeared before the court, he claimed that his father had gone to Afghanistan to train as a separatist, but he could not show any evidence to substantiate these claims.

Unfortunately, these allegations and baseless claims are not limited to officials, the report said: Amnesty International spoke to two people who are facing such baseless claims and allegations from judges hearing their cases. One person said that the judge suggested that her husband had run away and that he had not disappeared.

Shabana Majeed narrated a scene where she was attending an ongoing court hearing along with other missing families, begging a judge for answers and justice about her missing loved ones and the judge The families responded by reprimanding them by shouting and using harsh language.

The report states that those with access to the justice system should be treated freely and fairly; The conduct of the judge in this case is a violation of this right. The lack of progress in these cases, where missing families are treated without empathy or humanity, is indicative of the difficulties surrounding cases of forced disappearances and the struggles of families seeking information and justice for their missing loved ones. are fighting for.

In 2011, on the orders of the Supreme Court of Pakistan, the Ministry of the Interior (Home) of Pakistan established a commission of inquiry into the disappearances, known as COIED.

The task of this commission is to trace the location of a missing person, to find out who is responsible (whether state, individual or institution). It provides that it should be ensured whether FIR is registered or not and recommends standard operating procedures for law enforcement and intelligence agencies.

According to COIED’s monthly report for September 2021, since its inception it has received 8,122 cases, of which 2,274 remain unresolved.

In September 2021, the commission disposed of 27 cases where 24 people were traced, 13 returned home, six were imprisoned in detention centres, five were jailed and three were not treated as cases of forced disappearance. had gone.

Civil society and the families of missing persons, who have no representation on the COIED, have criticized the commission for not using the powers vested in it to investigate cases of forced disappearances or bring to justice those suspected of criminal responsibility. Is.

In 2020, the International Justice Commission stated that in the nine years of operation, COIED has not held a single perpetrator of forced disappearances responsible for the crime. The 50 families of the missing victims who spoke to Amnesty International reported that after multiple hearings, those whose cases were before the COIED have not received any answers or justice.

All families whose cases preceded COIED and who have spoken to Amnesty International are still awaiting any information about their loved ones.