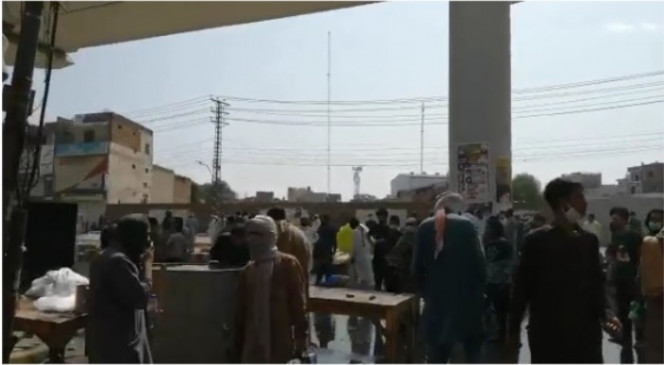 Digital Desk, New Delhi. At a recent high-level security meeting in Pakistan, a report was discussed with great concern, which said that the people of the banned Tehreek-e-Labbaik Pakistan (TLP) had targeted police personnel during the Kamoke violence. -Machine Gun (SMG) was used.

A senior police officer told Pakistani newspaper Dawn that a mobile phone footage recording the disturbing scene was also presented at the meeting, in which five TLP armed men were using multiple SMGs as they fled for a safe place. They were firing directly at the policemen.

The police report said that the armed men fired 80 rounds of SMGs, some evidence in respect of which has also been recovered from the spot and sent for forensic analysis.

Other incidents of armed attacks on law enforcers were also reported at the same point or point, where two policemen were killed by multiple bullets, while 16 others were injured by bullets fired by TLP using lethal weapons. Were.

A police official said that the development has shocked the top police officers as to where the TLP is getting the weapons and training to use them.

The report further added that he said that all those involved in the meeting have come to the conclusion that TLP has turned into a terrorist group and the government should seriously review its policy towards this organization.

The participants, who numbered between 5,000 and 7,000 in the demonstration, were mainly traveling on buses, cars, motorbikes and were raising slogans in favor of their demands.