Nepal in confusion over conducting census in disputed areas … 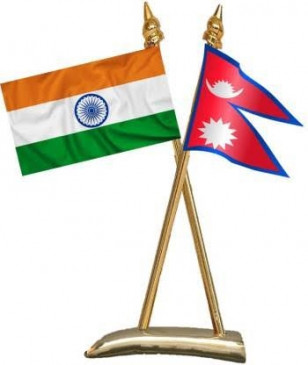 Digital Desk, Kathmandu. Nepal on Thursday began the once a decade census process with the collection of personal data and information. However, officials in Kathmandu are confused about whether the survey will also be conducted in disputed areas with India like Kalapani, Lipulekh and Limpiyadhura.

Of. The P. Sharma Oli government last year released a new map covering the disputed areas along India, pushing centuries-old bilateral ties between Nepal and India to an all-time low. This emerged as a major bottleneck in Nepal-India relations, and New Delhi rejected the new map of Kathmandu as the disputed areas within Indian territory.

That step of Nepal had come to the fore at such a time. When India announced that it was building a road link to Kailash Mansarovar in the Tibet Autonomous Region of China via Lipulekh. The new map was adopted by Parliament through a constitutional amendment. Officials have been thinking for a long time about how to conduct a census in this area, not because it is a remote area, but because it is controlled by India.

Officials are still confused about conducting census in Kalapani, Lipulekh and Limpiyadhura areas. Nabin Lal Shrestha, Director General, Central Bureau of Statistics (CBS), said that we are looking forward to using satellite technology to collect essential information of the people living in Kalapani, Lipulekh and Limpiyadhura for the 12th National Population and Household Census. are.

He said that we have requested India through the Ministry of External Affairs to conduct census in those three areas. He said that till now no permission has been given from India side. Nepal has been claiming that its border in the west-north starts from Limpiyadhura from where the Mahakali river originates. Talking about Kalapani, it is currently under the possession of Indian troops and Lipulekh is the triangular junction between Nepal, India and China.

CBS has said that the government is in talks with Indian officials to conduct a census of the area. According to the bureau, the authority is considering using satellite means to capture data of households living in the area. Nabin Lal Shrestha said that CBS cannot send census takers to Kalapani region without talks with India as India is currently controlling the area. Even though Nepal is claiming this area as its own.

Also since there is no direct road connectivity connecting this region to the rest of the country, people can reach this area only through India. Officials say the bureau has already collected data on population in the region based on the 2011 Census of India. According to which there are three villages of this area – 363 people in Kuti, 78 in Nabi and 335 in Gunji.

CBS officials say they will await the State Department’s response to their request for a diplomatic initiative with India. Since India has not given any special attention to such diplomatic requests of Nepal in the past as well. So it is not clear whether New Delhi will respond.

When New Delhi updated its political map in November 2019 to release a new map after Jammu and Kashmir and Ladakh became a union territory, it showed the Kalapani region within Indian borders. The new map was unveiled on 5 August 2019 after the Government of India revoked the special status of Jammu and Kashmir. India did not respond to Nepal’s attempts to hold diplomatic talks to resolve the issue.