Mandates, Not Recommendations, Work Best to Get Folks Vaccinated: Study 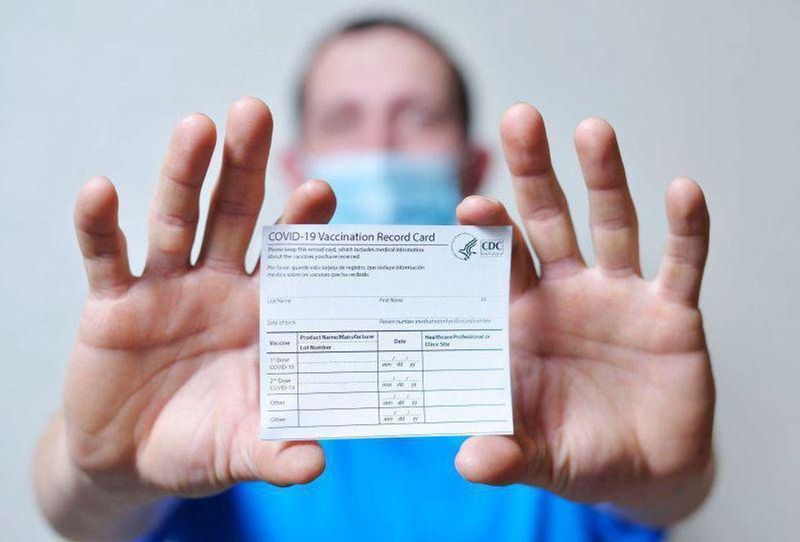 Requiring COVID-19 shots for work, school or travel will boost vaccination rates without the backlash and mass walkouts that many have predicted, new research predicts.

“Our studies present experimental evidence that mandates lead to stronger vaccination intentions than leaving vaccination entirely up to people who can choose whether to vaccinate,” said study author Dolores Albarracín, director of the Social Action Lab at the University of Pennsylvania’s Annenberg School for Communication. “The requirement condition works better across the board, for different racial and ethnic groups and even among people who dislike feeling and being controlled by others.”

With more than 700,000 U.S. coronavirus deaths, most public health experts agree that getting more people immunized is the best way to buck these trends.

Based on her research, Albarracín expects an uptick in vaccination rates now that more mandates are in place and being enforced across the United States.

Her team asked 299 adults whether they would get the COVID-19 shot if they were required to do so for work, travel or school, and 86% said they would.

Then, researchers conducted a series of experiments.

They asked 1,322 people if they would be more likely to get the shot if their employer required it, preferred it, or emphasized the benefits of COVID-19 vaccination. Once again, the majority said they were most likely to get vaccinated if they were required to do so.

The participants also completed a psychological questionnaire to assess their feelings about such regulations. Those who said they didn’t like being told what to do were also more likely to take the jab if required to do so — even if they didn’t see the benefits of the vaccine, the study found.

“The mandate makes vaccination appear more advantageous [access to more, greater social acceptance] than does leaving the decision up to individuals,” Albarracín said.

A mandate also signals that the vaccine is less risky, she said.

The findings were published online Oct. 21 in the journal Scientific Reports.

The study comes as Irving and Rolovich face stiff penalties for refusing to get vaccinated. Irving has been barred from practice and play with his team, and on Monday, Rolovich and four vaccine-refusing assistants were fired. Rolovich has announced his intent to sue.

Despite these headline-grabbing cases of vaccine refusal, medical ethicist Arthur Caplan said the takeaway from the new study was evident: Vaccine mandates work.

Requiring health care workers and nursing home staffers to get flu shots bumped up vaccination rates, and mandates will also work for COVID-19 vaccines, he said.

“We tried persuasion and tried to incentivize people with a day off or a free meal if they got the flu shot, but nothing short of mandates really worked,” said Caplan, head of the Division of Medical Ethics at NYU Grossman School of Medicine in New York City. “This idea that we can persuade people to get the COVID-19 vaccine is less likely to work given the fact that the whole issue has become political.”

The big fear is that mandates will trigger a massive backlash, but this study didn’t find that to be a likely outcome, he said.

“Many people have a strong belief that they are free to make their own choices about medical issues, but that isn’t true in a pandemic,” Caplan said, stressing that the pandemic isn’t over.

Vaccinated people are less likely to spread COVID-19, he pointed out.

“People who are vulnerable need to be protected from COVID-19,” Caplan said, “And there is still a danger that new variants can spread more easily if we don’t get more people vaccinated.”