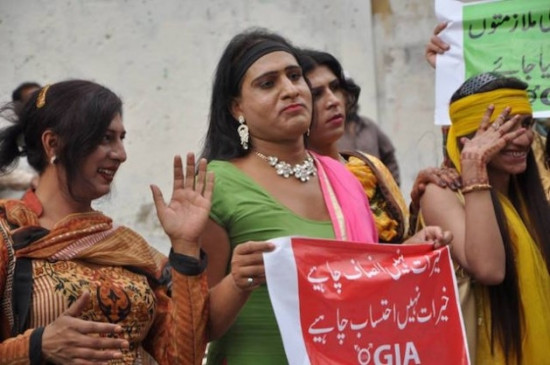 Digital Desk, Islamabad. Pakistan’s largest religious political party Jamaat-e-Islami (JI) has introduced a bill, seeking amendments to the Transgender Persons (Protection of Rights) Act 2018. The JI has called for the formation of a medical board in order to prove that a person should undergo a gender change or seek re-assignment in terms of his identity. The bill, introduced in the upper house (Senate), seeks debate on the matter and seeks to amend the law with the creation of a gender reassignment board, which works with the country’s National Database and Registration Authority (NADRA or NADRA). can do.

The bill also states that a person recognized as transgender shall have the right to register himself/herself as per self-perceived gender identity with all government departments and shall not be limited to NADRA. The JI’s proposed amendment bill opposes this provision of the Constitution and calls for the constitution of a Gender Reassignment Board to suggest to NADRA whether a person can undergo a gender transition. As per the details of the proposed bill, the board should be constituted at the district level after the approval of the prime minister and the respective chief ministers of all the provinces.

According to the proposed bill, each board should consist of a professor doctor, a psychologist, a male general surgeon, a female general surgeon and a chief medical officer. The proposed bill also seeks a strict ban on surgery for gender reassignment of any other treatment that changes genital characteristics, as they may be performed on the basis of psychological disorder or gender dysphoria. The proposed bill said, the law in its present form may legalize same-sex marriages.. The law violates the dignity of Muslim women. The senator who introduced the bill said that gender identity, which is an individual matter, is contrary to the teachings of Islam. The senator also said that the current law allows any person to register themselves as male or female, not on the basis of their biology but on the basis of their personal views.

In Pakistan, at least 2800 cases of gender change have been processed in the last three years. NADRA is reportedly changing the gender of people on the same request. JI The proposed bill was opposed by Federal Minister for Human Rights Shireen Mazari, who said the amendment aims to victimize the transgender community, while the current law gives them the right to identity. Presenting his stand, he said, till date, not a single complaint has been received regarding the misuse of this law. The Senate has referred the proposed amendment bill to the relevant authorities and sought their response to take the debate forward. However, the bill has been criticized for its targeted exploitation of the transgender community, who already face widespread social discrimination in the country.