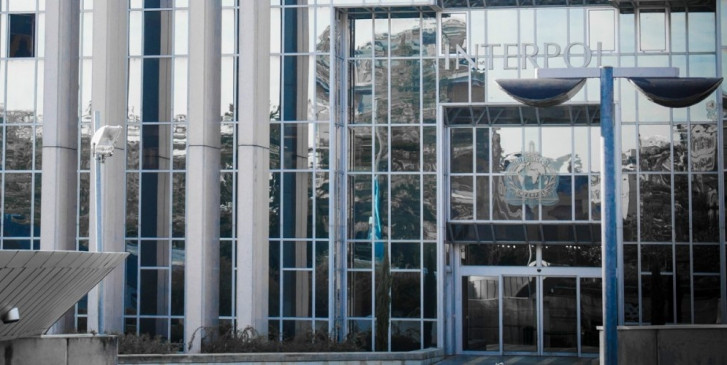 digital desk,New Delhi. Lawmakers and activists around the world have begun to protest China’s moves to gain influence over the global policing body, Interpol.

As a global campaign, global giants aim to oppose the candidacy of Hu Binchen, deputy director general of China’s Ministry of Public Security, for the Interpol executive committee at its General Assembly session later this month.

In addition, 50 leaders of the Inter-Parliamentary Alliance on China (IPAC) have written a joint letter to their governments, issuing an alert on the PRC’s moves to gain influence over the global police body.

The letter makes reference to recent efforts by the Chinese government to use the Interpol Red Notice system to target Uighur activists living in exile.

The letter makes reference to recent efforts by the Chinese government to use the Interpol Red Notice system to target Uighur activists living in exile. They argue that the election of Hu Binchen would give Beijing a green light to continue using Interpol as a vehicle for the repressive policies of the PRC government.

The signatories are spread across 20 countries across four continents, including prominent figures including German Green Reinhard Butikofer MEP and the President of the China Delegation to the European Parliament. These include Ian Duncan Smith, former leader of the UK Conservative Party; Australian Labor Senator Kimberley Kitching; and former US Senator Marco Rubio.

These moves were accompanied by a separate letter from 40 activists to Interpol member states warning that Hu Binchen’s election would affect Chinese, Hong Kong, Taiwanese and Chinese human rights activists living outside China, as well as Tibetan and Uyghur diaspora. There will be serious consequences in terms of safety and well-being.

Prominent signatories include World Uyghur Congress President Dolkun Isa, who himself has been under Interpol Red Notice by the PRC government for nearly two decades; Simultaneously, Hong Kong leaders Nathan Law and Ted Hui are both wanted by the Chinese government for alleged violations under the city’s so-called national security law.

For many years, I have personally experienced the consequences of China’s abuse and repressive influence on international institutions, said Uighur activist and President of the World Uyghur Congress, Dolkun Isa. As of 2018, China’s Interpol Red Notice against me posed a particular threat and obstacle to my work to protect and promote Uighur rights and freedoms. The international community cannot allow China’s efforts to influence and abuse multilateral institutions like Interpol to continue unchecked.

Senator Keching, co-chair of the IPAC, said the Chinese Communist Party is expanding its influence over the world’s most important institutions. From the United Nations Human Rights Council to the World Health Organization, we have already seen how the harmful effects of CCP have become a threat to all of us. Beijing may be increasing its influence over the world’s police body, should alarm bells sound in embassies around the world. Our governments should put pressure on the representatives to oppose Hu Binchen’s election.

Speaking on the issue, Nathan Law said, “We need to be aware of how the PRC and other authoritarian governments are using Interpol to hunt (repress and exploit) exiled activists.” We must refrain from any attempt by the PRC to increase its influence on the system and to make Interpol a long branch of the Chinese state.

On the other hand, the report published by the human rights advocacy group Safeguard Defenders reveals for the first time how the Chinese government is refraining from making public its Interpol Red Notice requests, leading to the arrest, detention and detention of thousands of activists and dissidents in China. and has been put in danger of extradition.