Forcibly given TC to college students for low online attend… 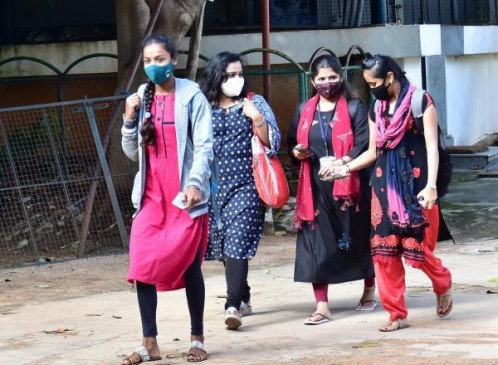 When contacted by IANS the student said that I am an agricultural assistant to my parents and I do not have much time to attend online classes. Whenever I am ready to attend classes, the network is not available and this causes problems. When contacted, students from colleges in Ramanathapuram, Tirunelveli, Salem, Madurai said that they are being targeted by private colleges citing low attendance. Another student of a college in Virudhunagar, on the condition of anonymity, said, “I told the college authorities that I did not have a smartphone but they said it was not their concern.

Talking to IANS, the principal of a private college in Erode said that we do not know what is their exact issue. Despite asking, he did not communicate with us. The principal of the college said that many students are skipping classes thinking that they do not need to attend classes to appear for the examinations. The college administration believes that some parents are also taking advantage of the softness given to the students. In Salem too, many students complained that they were being forced to accept transfer certificates even if they wanted to continue their education.

A student pursuing his second year BA in English Literature said that the principal of the college is calling me again and again. He told me that I would have to accept the certificate. I am the first person in my family who is going to college. I want to pass the exam by any means. Most of the students contacted by IANS said that they want to complete their course and get degree certificate and they will not accept transfer certificate.