DU’s fifth cut off is coming, now all seats can be full | Come … 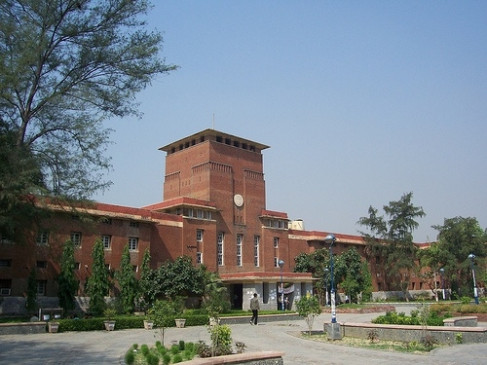 The admission process for UG courses in Delhi University will continue till November 15. A total of 70,000 seats are available for undergraduate courses in the university. Of these, admissions have been completed in about 68,000 seats. The university has received 2 lakh 14 thousand applications so far. The 5th cut off list is being released for the remaining 2000 seats. According to the 5th cutoff list, the University of Delhi will take admission in various UG courses on 9th and 10th November. The last date for payment of fees is November 12.

Ashok Agrawal, member of Delhi University Executive Council, said that in this process of giving admission on the basis of cutoff, many meritorious students are denied admission. So the university should now adopt the admission process on the basis of Joint Entrance Examination. This year a large number of Kerala students have got admission in various courses here. Evening college is also an option for the students who could not get admission in colleges till now. Many colleges of Delhi University have two shifts, one is morning and the other is evening. The idea is to increase the number of evening colleges of Delhi University. However, Vice Chancellor Professor Yogesh Singh says that at present no decision has been taken on this. It will be considered next year.