Due to poverty, the sale of girls for a few days, increased … 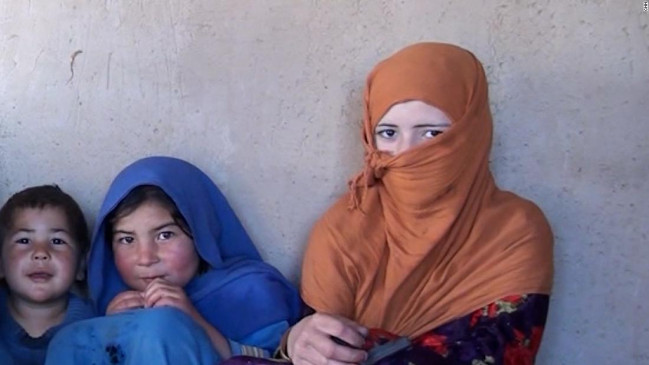 Digital Desk, New Delhi. The future of girls and women has become bleak with the advent of the Taliban-led government in Afghanistan. On the one hand, hunger due to lack of food grains, on the other hand, money crunch, the situation has become so bad that even a few days old girls are being served for marriage. UNICEF’s United Nations Children’s Fund says that we have credible reports that show that in exchange for taking money in dowry, 20-day-old girls are being offered to get married in the future.

The agency says that 28 percent of girls in Afghanistan are married before age 15, 49 percent of girls are married before age 18. Even before the political instability in Afghanistan, more than 183 child marriages took place in Baghdis, Hairat districts in 2018 and 2019 alone. Apart from this, there have also been many cases of children being sold here from 6 months to 17 years. UNICEF Executive Director Henrietta Fore called these reports very worrying.

Henrietta Fore says that due to financial constraints, families here are offering daughters up to 20 days of age to get married in future in exchange for dowry. They say that the families here are now living a life of hopelessness. The country is facing a humanitarian crisis due to the Corona epidemic. The winter season has also started. In the year 2020, half of the population here was already suffering from poverty, they had neither clean water nor nutritious food. But now due to financial constraints, this poverty has deepened, due to which people are compulsively adopting other avenues to get children to work, marry small girls, etc.

Girls have been denied education as soon as the Taliban rule came here, due to which the situation here has become more dangerous. Henrietta Fore says that education has always prevented negative mechanisms like child marriage and child labor. They say that child marriage can become a cause of suffering for a lifetime. Child marriage has a strong potential for domestic violence, abuse, discrimination and poor mental health.

Let us inform that UNICEF launched a cash assistance program to stop starvation, child marriage and child labor, but given the situation in Afghanistan, it feels that these measures will not prove to be enough as they should be.

On Friday, in Pakistan’s capital Islamabad, the Taliban’s acting foreign minister, Amir Khan Muttaki, while answering a question about the status of girls’ education in Afghanistan, claimed that since the Taliban’s occupation, girls have almost gone to schools and colleges. But now more than 75 percent girls have started reaching schools.