Difficulty in breathing in corona patients is a sign of hearing… 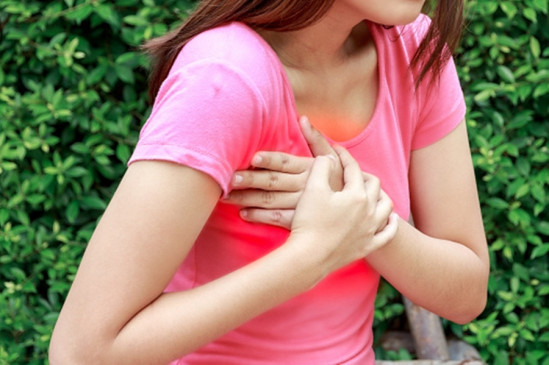 Digital Desk, London. Corona patients who have been cured of this disease for a year but breathing problems during heavy physical activity may be a sign that the disease has damaged their heart. This information has been given in a research.

Research led by Dr. Maria-Louiza Luchian, a researcher at the University Hospital Brussels in Belgium, has revealed that people are seeing an increase in heart diseases due to Kovid-19 and because of this they Long-term breathing problems can occur, which is called long covid. This team tried to find out whether any heart abnormalities were being seen more in such patients.

He said that our study has shown that more than a third of Kovid patients who did not have any heart or lung disease before this disease but after one year of recovery from Kovid, they had problems in breathing and this led to it. It can be known that after all what could be the reason for the difficulties in breathing in them. It may have something to do with heart health.

The research included 66 patients who had no prior heart or lung disease but were hospitalized due to covid disease during March and April 2020.

A year after he was released from the hospital, he underwent spirometer tests and CT scans, as well as an ultrasound of the heart, and new imaging techniques were used. The purpose of this was to find out if there was any abnormality in the functioning of his heart. The average age of the patients included was 50 years, and of these, 67 percent were male. After a year, about 23 patients had breathing problems. The research was presented at EuroEco 2021, the scientific conference of the European Society of Cardiology.