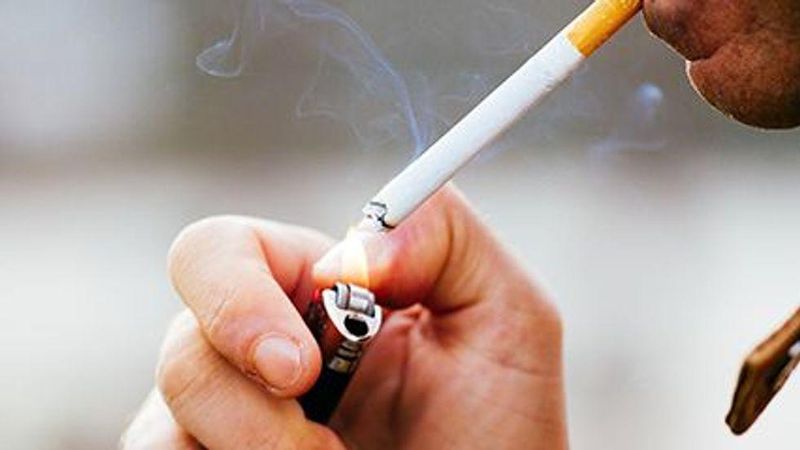 As COVID-19 has surged throughout the United States for the past year and a half, some may have picked up an old bad habit or started a new one.

How do researchers know this? They discovered that cigarette sales jumped during the first 15 months of the pandemic, exceeding their own estimates by 14%.

It’s not entirely clear whether that’s because current smokers are smoking more, former smokers have restarted or new smokers have joined their ranks. Yet experts are concerned.

“The study provides indirect evidence of increased smoking,” said study co-author Samuel Asare, a principal scientist with the American Cancer Society. “We don’t directly show whether there was increased smoking. We know that there is a strong correlation between sales and consumption.”

For the study, the researchers compared cigarette sales from March 2020 to June 2021 with predicted sales based on the long-term declining trend before the pandemic, from January 2007 to February 2020, then adjusted for expected changes, including seasonality.

The investigators gathered data from the U.S. Department of the Treasury’s Alcohol and Tobacco Tax and Trade Bureau.

Cigarette sales exceeded expected sales during all months after the onset of the pandemic.

Many reasons could have contributed to the increase, Asare said.

“Some of them are the stay-at-home orders,” Asare said. “Remember, some people used to work in workplaces where we have smoking bans. Now that they’re staying at home, they have the freedom to do whatever they want at home.”

For others, smoking can be a strategy for coping with stress. Programs that provided aid to Americans during the pandemic may have led households to increase their spending, which could include increasing cigarette purchases for smokers, Asare said.

Stockpiling of cigarettes early in the pandemic may also have had an impact on the sales numbers.

Further research would be needed to more firmly determine which of these contributed to the increases.

Researchers do know that smoking cessation programs experienced a sharp decline in requests for help.

The apparent increase in smoking couldn’t come at a more challenging time.

“There are a number of studies that have shown that smokers are more vulnerable to COVID-19-related complications compared to nonsmokers,” Asare said.

“It is important to get back to a trend or to a level, we had before the pandemic so that whatever goals we have, we can actually achieve,” Asare said.

The findings of the research report were published online on Oct. 19 in the Annals of Internal Medicine.

Patricia Folan is director of the Center for Tobacco Control at Northwell Health in Great Neck, N.Y. She was not surprised to hear that cigarette sales had increased in these past months.

“During the pandemic, there have been many reports indicating increases in other substance use, as well as increases in mental distress, such as anxiety and depression, which are often triggered for relapse,” said Folan, who was not involved in the study. “After the attacks on 9/11, an increase in smoking and relapse to smoking was noted, particularly among first responders. Although very different situations, the stress felt in both instances may have contributed to increased smoking or relapse to smoking.”

Folan said the smoking cessation program she leads has seen an increase in enrollment during the pandemic.

As Asare suggested, Folan said patients reported smoking more while working remotely at home, without the smoke-free environment at their usual workplaces. They also reported relapsing due to feelings of stress, anxiety, and isolation, Folan said.

“Health care providers should continue to ask patients about their tobacco use even if they have quit in the past and, if relapsed, counsel and refer them to the supportive services of a local program or state quitline,” Folan said. “Explaining the connection between poor outcomes for smokers with COVID may motivate patients to engage in quit attempts.”