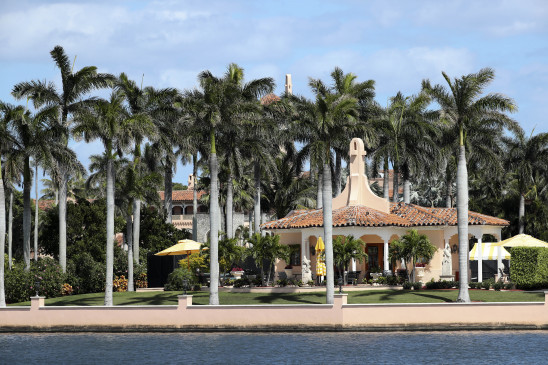 Digital Desk, New Delhi. A Chinese woman, who was arrested for illegally entering former US President Donald Trump’s resort, has now been deported after serving a long sentence.

A Chinese businessman who has been in US immigration custody for two years has been deported after serving eight months in prison for infiltrating former US President Donald Trump’s resort Mar-a-Lago club, according to federal officials. Is.

Yujing Zhang, 35, had completed his sentence and was transferred to immigration custody in early December 2019, the Miami Herald quoted Immigration and Customs Enforcement officials as saying.

But he was held in the Glades County Detention Center for more than three times his prison term, mainly due to delays in deportation during the COVID-19 pandemic.

According to federal court records, Zhang had become so desperate in immigration custody that she filed a habeas corpus petition to expedite the process to remove her in December 2020, to no avail.

The report said that Zhang wrote in English that he had been captured and did not even have money to call his family in China. The woman further wrote that she needed a lawyer to get freedom and go home.

Before the trial, she did not tell a magistrate judge that she had about US$8,000 and Chinese currency in her room at the Colony Hotel in Palm Beach, where she was staying while visiting the former president’s private club. The report said agents searched the room and confiscated his money, but it is not clear whether the money was returned to him. However, now that the deportation process is complete, Zhang is relieved.