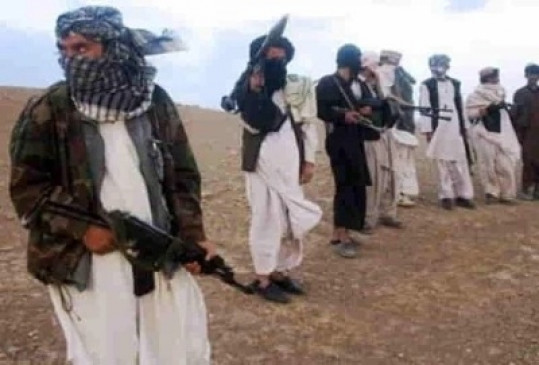 New Delhi, 8 November. Pakistan claims that if talks with the terrorist organization Tehreek-e-Taliban Pakistan (TTP) fail, the infamous Haqqani network, which is now in the driver’s seat in Kabul, will hunt it down. The warning comes amid ongoing talks for reconciliation between the hardline terror group TTP and Pakistan. Interior Minister Sirajuddin Haqqani of the Taliban government is playing a role in the mediation. Sirrajuddin is also the head of the terrorist organization Haqqani Network (HQN).

HQN has been designated a terrorist organization by the United Nations, while the United States has designated Sirajuddin Haqqani on Washington’s most wanted list. According to sources, Haqqani is under pressure from China to subdue the TTP, which has been a major threat to his multi-billion dollar projects of the China Pakistan Economic Corridor (CPEC) in Pakistan. China has also promised Taliban that it will invest in Afghanistan if they eliminate bad terrorists in their country but first they have to deal with TTP. For this reason Haqqani is playing the role of a good cop and is appreciating the dialogue between the TTP and the Pakistani government. Haqqani has promised military action against the TTP and its allies who are unwilling to reconcile.

Pakistan’s Ambassador to Afghanistan Mansoor Ahmed Khan told The Express Tribune that when we go to a solution to a problem, there are ways to deal with it. Military action will be dealt with. There are such elements within terrorist groups. who may be inclined to reconciliation and there may be others who may be dealt with by military action.

The Imran Khan government has already agreed to release over 100 TTP terrorists, top commanders, including the dreaded terrorist Butcher of SWAT or Kasai Muslim Khan, who was sentenced to death by a Pakistani military court. He has been convicted of killing more than 100 people, including two Chinese workers. According to the TTP, the release of prisoners is the first step in the confidence building measures.

According to Pakistani media, a one-month ceasefire has been agreed across the country which can be extended if the talks progress in the right direction. But the TTP has made it clear that the ceasefire will be effective after the release of the TTP members. The TTP is represented by a 14-member delegation led by its chief Mufti Noor Wali Mehsud, while the Pakistani side was represented by security and ISI officials. But Pakistanis are not comfortable with the way Prime Minister Imran Khan is surrendering to radical Islamic forces. The Imran Khan government on Sunday lifted the ban on Tehreek-e-Labbaik Pakistan (TLP) after releasing 1,000 of its prisoners. Now Imran Khan is surrendering in front of Pakistan’s most dreaded organization TTP.

Pakistani lawyer and human rights activist Anees Jilani said Imran Khan and others should ask themselves are they really in talks with an extremist, violent, banned terrorist organization that is killing children, armed forces and civilians? The parents of the children who were killed at the APS school in Peshawar in December 2014 have already strongly opposed any settlement with the TTP, saying these people were responsible for the deaths of their children. There are other victims of TTP, who are equally angry. He said Pakistan’s leadership needs to remember its failed attempts to tackle the TTP through dialogue in the past as well as the damage it has caused to the country.