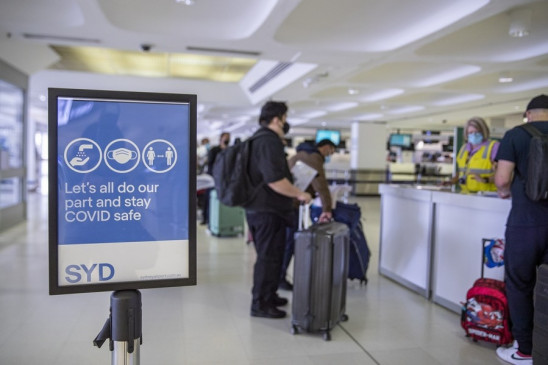 He said that from Wednesday, foreign students and skilled workers will be able to enter Australia for the first time since March 2020, subject to quarantine requirements in their state or territory of arrival, Xinhua news agency reported.

The borders were initially set to reopen on 1 December, but the change was delayed by two weeks amid concerns over the new Omicron variants.

There is strong, clear evidence that all vaccines continue to provide very clear coverage against serious illness, hospitalization and loss of life, he told reporters.

As a variant, it may well be mild and as several international sources have indicated, it could be a quietly positive development for the world.

The minister also announced that telehealth services, which have allowed Australians to consult with doctors remotely during the pandemic, would be made permanent.

More than 16 million Australians have used telehealth for 86 million appointments during the pandemic.

It came about because of the pandemic, Hunt said, but it has changed the way Australians access healthcare.

The state health department on Monday reported more than 1,800 new locally acquired coronavirus cases and two deaths amid a third wave of the pandemic in Australia.

According to the Department of Health, so far 93.3 percent of Australians aged 16 and over have received their first dose of vaccine and 89.2 percent have been fully vaccinated.