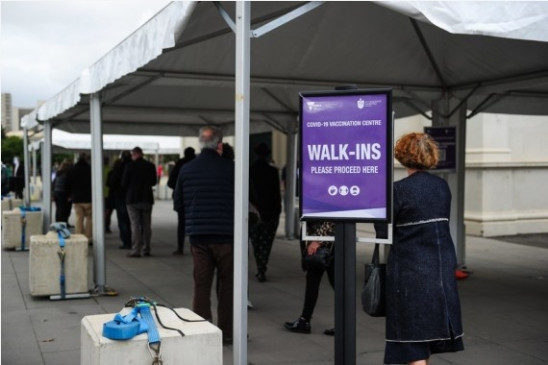 Digital Desk, Canberra. Australia on Sunday reported the lowest number of weekly daily coronavirus cases, reporting 1,220 new locally acquired infections. More than 65,000 new cases were reported in October, the most in any month since the start of the epidemic in early 2020, and more than double last year, Xinhua news agency reported. With the new cases, Australia’s total number of infections stands at 170,564, with a total of 1,735 deaths.

In October also there were more than 400 deaths. On Sunday, the state of Victoria reported 1,036 new cases, the lowest since September 28. According to local media The 7News, 177 new cases were reported in New South Wales (NSW) for the first time in nearly three months, when the daily number dropped below 200. In the Australian Capital Territory (ACT), seven new cases were reported, also the lowest daily count in weeks.

According to the Australian Government’s Department of Health, as of Sunday, 88.2 percent of Australians aged 16 and older have received a dose of a COVID vaccine and 77.2 percent of the population have been fully vaccinated. Victoria, Australia’s second largest state, has become the third jurisdiction to fully vaccinate 16 percent of its population over 80. The federal government announced on Sunday that quarantine-free travel from New Zealand to Australia would resume from Monday. Dan Tehan, Minister of Trade, Tourism and Investment, said this summer would be a big boost for the tourism industry.