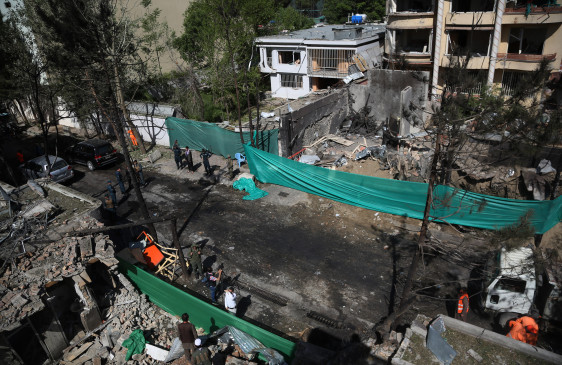 Digital Desk, New Delhi. A recent event to honor Taliban suicide bombers and their sacrifices has been heavily criticized by Afghan citizens. This information has been given in a report by DW. Relatives of those killed in the suicide attack told DW they felt disgusted by the glorification of the killers.

Sharifa, 19, broke down as she heard the news of the Taliban paying respects to the families of their suicide bombers, who lost their father in the 2018 suicide attack in Kabul. Sharifa said it is like rubbing salt in a wound. Sharifa told DW over the phone when I heard that instead of helping us, the Taliban were praising those who deliberately killed themselves and others, it broke my heart.

In 2018, a Taliban suicide bomber targeted the Interior Ministry in Kabul, killing 95 people and injuring at least 185. Sharifa’s father was also among the dead. According to the report, Sharifa said that after the death of our father, our life was ruined. My mother and brother became mentally unstable. The Kabul ceremony to honor the suicide bombers has not only angered the families of the victims, but has also drawn widespread criticism on Afghanistan’s social media. According to the report, a former investigative journalist Syed Tariq Majidi posted a sarcastic message on Twitter saying a new residential town for suicide bombers may be visiting Kabul in the near future.