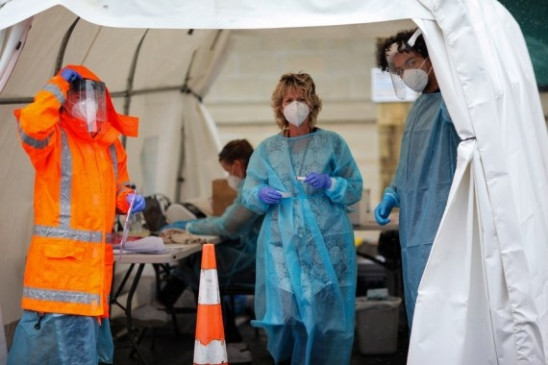 Digital Desk, Wellington. In New Zealand, 194 new cases of the coronavirus delta variant were reported in the community on Wednesday, raising the total number of infected in the country to 6,167. According to the health ministry, 180 of the new infections were recorded in the largest city of Auckland, 5 in nearby Waikato, 3 in Northland and 6 in the Lake District Health Board area. Christchurch also had a new positive case linked to the Auckland cluster, which will be included in Thursday’s numbers, Xinhua news agency reported.

The ministry also reported the death of a man in his 60s at North Shore Hospital in Auckland. The man was admitted to the hospital with coronavirus symptoms on November 4 and later tested positive but died on Tuesday. A total of 88 cases are being treated in hospitals, including 7 in intensive care units or high dependency units, a ministry statement said. It added that 4,783 cases are clearly epidemiologically linked to another case or sub-cluster and there are 836 cases for which the link is yet to be fully established.

According to the Ministry of Health, the total number of coronavirus cases in New Zealand currently stands at 8,923. On Tuesday, 21,031 doses of the corona vaccine were given, in which 6,664 people were given the first dose and 14,367 were given the second dose. So far, 91 percent of New Zealanders over the age of 12 have received their first dose and 82 percent are fully vaccinated. Meanwhile, Prime Minister Jacinda Ardern said in a press conference that Auckland’s borders would reopen on 15 December, ending a three-month lockdown after the city’s first case of a delta variant of the coronavirus surfaced in mid-August. .

The country also launched the My Vaccine Pass on Wednesday to allow fully vaccinated people to attend large events or attend certain public facilities before they enter. My Vaccine Pass is an official record of a person’s corona vaccination status and will provide access to locations within New Zealand that require proof of vaccination under the new corona protection framework.